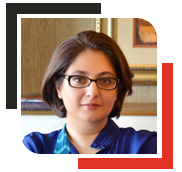 Ms. Ayesha Aziz was responsible for setting up Pak Brunei Investment Company and succeeded in positioning it at the forefront amongst its larger and more established peers, in terms of size and profitability. Notably its external rating has recognized the company’s positioning and awarded it with a long term rating of [AA], one of the highest in the industry. Ms. Ayesha Aziz has rich and diverse experience in investment banking, asset management, treasury, and portfolio management. She was associated with the ANZ Banking Group for over ten years where, amongst other assignments, she worked on the Financial Engineering desk in ANZ London. Subsequently, Ms. Ayesha Aziz was involved in establishing and managing business operations and subsidiaries of Pak Oman Investment Company, including a Microfinance bank and an Asset Management company, where she acted as a member on the board and CEO, respectively. She was also responsible for developing a regional investor base comprising private and public sector institutions, successfully raising equity for telecom, energy and financial sector transactions in Pakistan. Ms. Ayesha Aziz is an MBA from the Institute of Business Administration and a CFA Charterholder. Mr. Zafar Iqbal Sobani brings with him over 38 years experience of working in the manufacturing, power sector and audit profession in Pakistan and in the Middle East. He obtained qualification of Chartered Accountancy and Cost & Management Accountancy in the early eighties from Pakistan. He worked with A.F. Ferguson (PWC) in Pakistan and Ernst and Young, Saudi Arabia. His experience includes working in the power sector of the Country since 2007, heading Hubco Pakistan and Liberty Power Tech.

He has been the President of Institute of Chartered Accountants of Pakistan (ICAP), the self-regulator of accounting profession in the country and served actively in council and regional committee in various capacities. He is serving as Board member of Privatization Commission since January 2014 and has actively contributed in the Privatization transactions carried during this period. In addition to Privatization Commission, he is also serving as Board member of TRG (Pakistan) Limited, IT Minds – a subsidiary of Central Depository Company and Hardon Solar – Developer of Solar solutions. He is a Certified Director from Pakistan Institute of Corporate Governance and also has Certification as a trainer of Corporate Governance by IFC. Currently he is engaged in the finance, business and power sector consultancy. 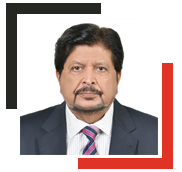 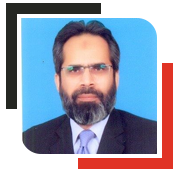 Mr. Ayyaz is Senior Executive Vice President & Head of Special Projects at Albaraka Bank (Pakistan) Limited. Prior to his current assignment he has headed the risk management & finance functions of Albaraka Bank (Pakistan) Limited as Chief Risk Officer from October 2010 till December 2017 and Chief Financial Officer from August 2006 till October 2010. He is a Fellow member of the Institute of Chartered Accountants of Pakistan and Institute of Corporate Secretaries of Pakistan. He is also holding certification of Certified Director under the SECP regulations and is member of Board of Studies of Centre of Excellence in Islamic Banking and Finance, The University of Lahore.

During three decade of diversified professional experience he has acquired extensive & comprehensive knowledge of all corporate, taxation and other laws & regulations governing the corporate & banking sector especially Islamic Banking sector including application of Islamic accounting & Shariah standards. He also has hands on experience of mergers and acquisitions. Ms. Arjumand Qazi has joined Pak-Brunei Investment Company Limited as Group Head Corporate and SME Banking Group. Ms. Qazi was associated with SME Leasing Limited as a Director on the Board since its inception in 2002. She was entrusted with the responsibility to head SME Leasing Limited as Chief Executive Officer in October 2007 where she remained till June 2012. She brings with her 26 years of diversified experience in the financial sector i.e. National Development Finance Corporation, ORIX Investment Bank Pakistan, SME Leasing Limited as well as with the trade and industry giving her expertise in enterprise development. Ms. Qazi holds a degree in Law and in Commerce from Karachi University and is a Diplomaed Associate of the Institute of Bankers in Pakistan (DAIBP). She is the founder and board member of various financial and social enterprises and has in-depth experience in establishing, acquiring, turn-around and sale of small and medium enterprises. She is Executive Committee member of FPCCI and Permanent Representative on Economic Cooperation Organization-Women Entrepreneurs Council (ECO-WEC) from Pakistan. 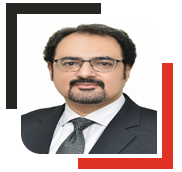 Mr. Irfan Ahmed, CEO of Primus Leasing Limited, is a vastly experienced professional of leasing sector in the country. He started his career with the country’s largest and most diversified leasing company, ORIX Leasing Pakistan Limited (OLP). OLP is an Industry Leader and a part of ORIX Corporation, Japan, a leading integrated financial services & real estate company with assets of approximately US$ 100 billion. It is headquartered in Tokyo and has offices & affiliates in 26 countries.

From joining in 1991, Mr. Ahmed steadily progressed to be among the senior echelon. He has played a very vital role in the progress of OLP over the years. More specifically, he was very instrumental in turnaround of OLP after 2008 financial crisis. He has effectively led the retail network of OLP in the North Region (Punjab & KPK) and brought it to its current level where it accounts for more than 70% of total business. He made very strong contributions in the areas of business growth and expansion into newer markets, training and development of human resources, performance evaluation, compliance and internal controls during 25 years association with OLP. He was holding the office of Country Marketing Head at the time of leaving OLP in 2016.

Mr. Ahmed has also played a very active role as a trainer in technical aspects. Apart from conducting training assignments for OLP in-house, he has also been used as a technical resource for training requirements of MENA region associates of OLP. He has also carried out a capacity building/ GAP analysis of a finance company in Afghanistan for IFC and a country feasibility study in Algeria for ORIX, Japan for establishing a leasing operation.

Mr. Ahmed holds an MBA degree with specialization in Finance from Institute of Business Administration, University of Punjab.